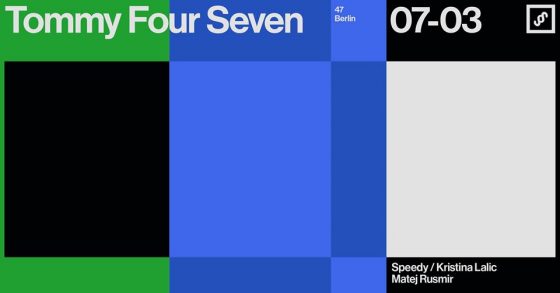 Last time we checked up on Tommy he was promoting his album “Veer” at Drugstore. Tommy Four Seven’s sets at Drugstore remain some of the most memorable techno parties in our club. As one of the eclectic voices of today’s techno, Tommy celebrates 15 years on the electronic music scene in 2019. On 47, Tommy has released music by Ancient Methods, Phase Fatale, SNTS, Headless Horseman and Oake. Three years ago he started the Numerology event series, located in the vaults of a former coin factory in Berlin which had Broken English Club, Demdike Stare, Paula Temple, Shackleton and Surgeon as guests.