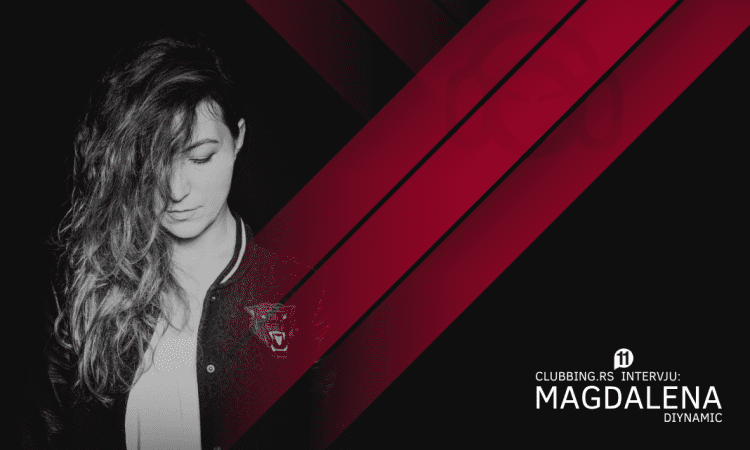 We read that you once had to perform instead of the DJ who cancelled the show, and that it was the unofficial beginning of your DJing career? Is that right? Undoubtedly, your love for music is clear, but how would you describe it?

I did once have to step in to fill in for a DJ who was late performing at EGO, but I’d discovered my love for DJing before then by having a play on the decks after closing time at the club. I’ve always grown up in a musical family and an area with a great scene, so I always knew I’d end up working in the area somehow. I love the power of nightlife to unite all these different groups of people and help them forget their problems. 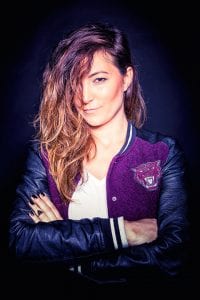 In one hand, you had successfully led the most famous club in Germany and in other there was career as a DJ, we assume that both options have their advantages and disadvantages. Those two are different jobs that partially coincide. What made you change the job occupation? Was it the challenge?

The club eventually came to an end which meant I was free to pursue the DJing further. It was a challenge but having spent so much time backstage at EGO and hanging out with the Diynamic boys, I feel I learned from the best and had a great support network around me.

As far as we understand, you closed the EGO club when it was most popular. Today, EGO “lives” with you and the EGO AIR events you organize. Do you have plans for EGO AIR events in other countries?

Yes, the EGO AIR festival is always a highlight of the year and I am involved in every aspect of it just like I was at the club. We don’t plan to take it anywhere else however – you’ll just have to come to Hamburg to experience it for yourself.

Your friendship with Anja Schneider has also moved on to business cooperation. Your EP was on her Leena Music label … What happened first, work or friendship? Are you preparing something new together?

Friendship first, but we met at EGO which I guess was work for me! A lot of my friends are in nightlife because it’s really a lifestyle rather than just a job. She has been such an incredible mentor to me and it was really a privilege to release my debut EP on her label. She played at my SHADOWS party in Ibiza this year, and she will be playing at the first international Shadows in Mexico in January – it’s going to be a really special one.

GO AIR festival is always a highlight of the year and I am involved in every aspect of it.

As we heard, you love after parties, is that true? Why the #AfterParty stands out from a regular party? Is it about atmosphere? Relaxation of people? Vibe?

Afterparties are every DJ’s dream because the pressure is off. By this point, you’re just surrounded by friends and a small crowd of more open-minded party goers who just want to have fun. There are no expectations, so it’s the perfect time to test new productions on a crowd. That’s how my recent track ‘Mountains of Es Cubells’ was born!

The DJ’s ability to feel what people want, to “read” the audience and track their needs is very important. We noticed that it really something that you are extremely good at, so we want to ask whether you think leading the club and working with many different kinds of people had anything to do with it… or you were “born with it”?

Wow, thank you! I’m sure working behind the scenes of a club for so long probably helps, as you gain an instinct for what the night needs at a particular time. There is probably an element of instinct to it, but I practice a lot, and I always try to watch the sets of DJs I look up to to see what I can learn from them.

Since you are now producing you, what can we expect from you by the end of 2018?

There’s a new EP on the way, it’s coming out mid-December on Damian Lazarus’ Rebellion imprint.

What would you now advise the younger DJs and producers, how to distinguish themselves? Is there a “know-how” formula available?

Unfortunately, there is no one size fits all formula. You just have to make sure your productions and mixes stand out, always try and learn and develop these. Secondly dance music is really all about connections, so go out as much as possible, get to know people in the local scene, and if people like your stuff you can eventually make a name for yourself by word of mouth, helping your music reach the right ears.

Afterparties are every DJ’s dream because the pressure is off.

After 11 years of work at Clubbing.rs magazine, we often recall our beginnings … Is it right, from time to time, to look into the past or to look only to the future?

Personally, I like to look to the future as much as possible, I’m always chasing the next project and never want to rest on my laurels. But of course, the past is useful for learning from mistakes and successes for lessons you can take into the future with you.